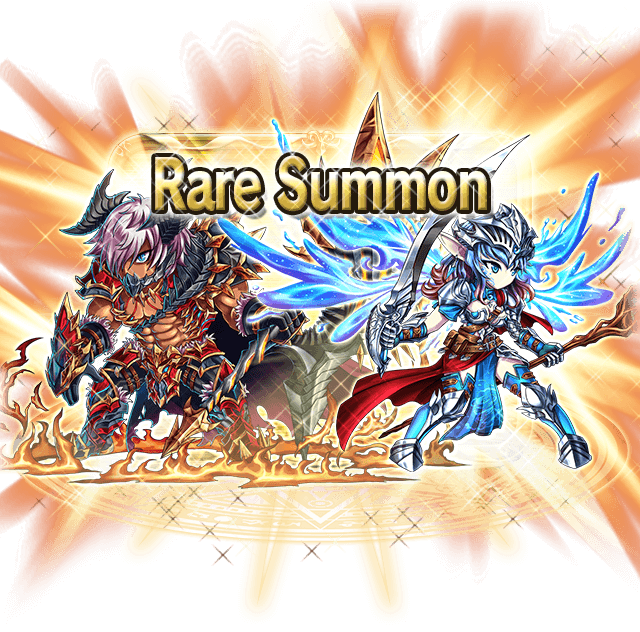 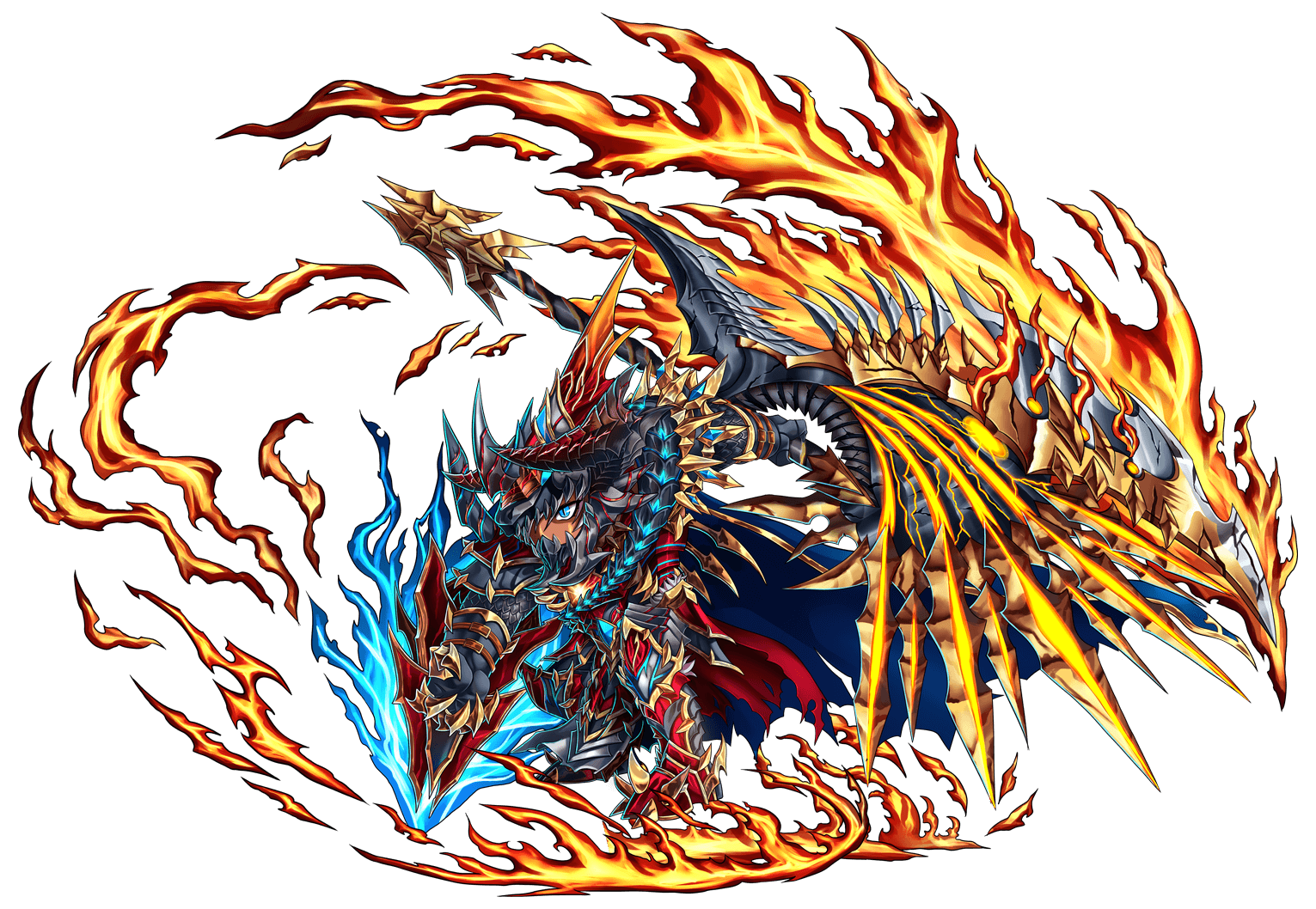 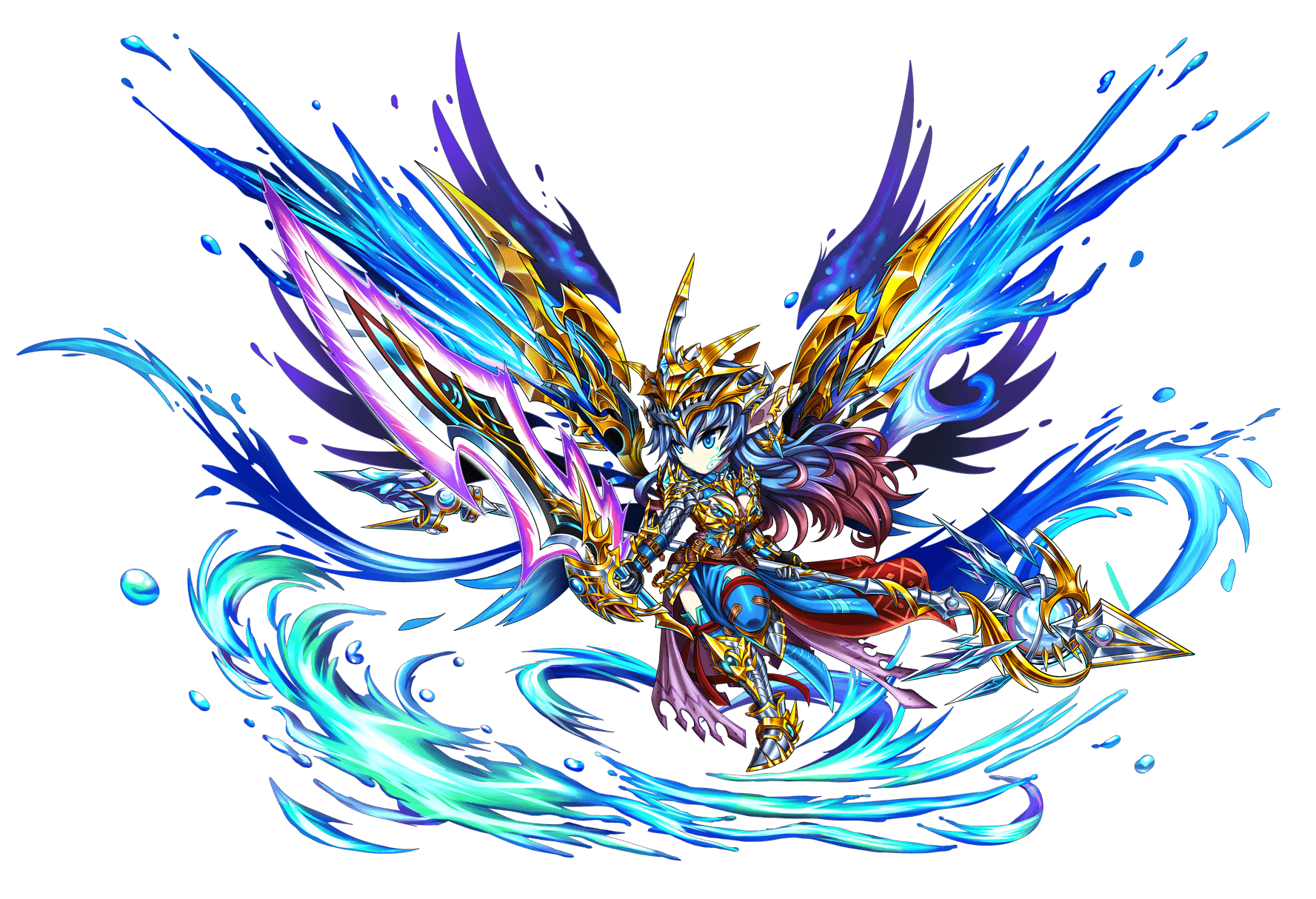 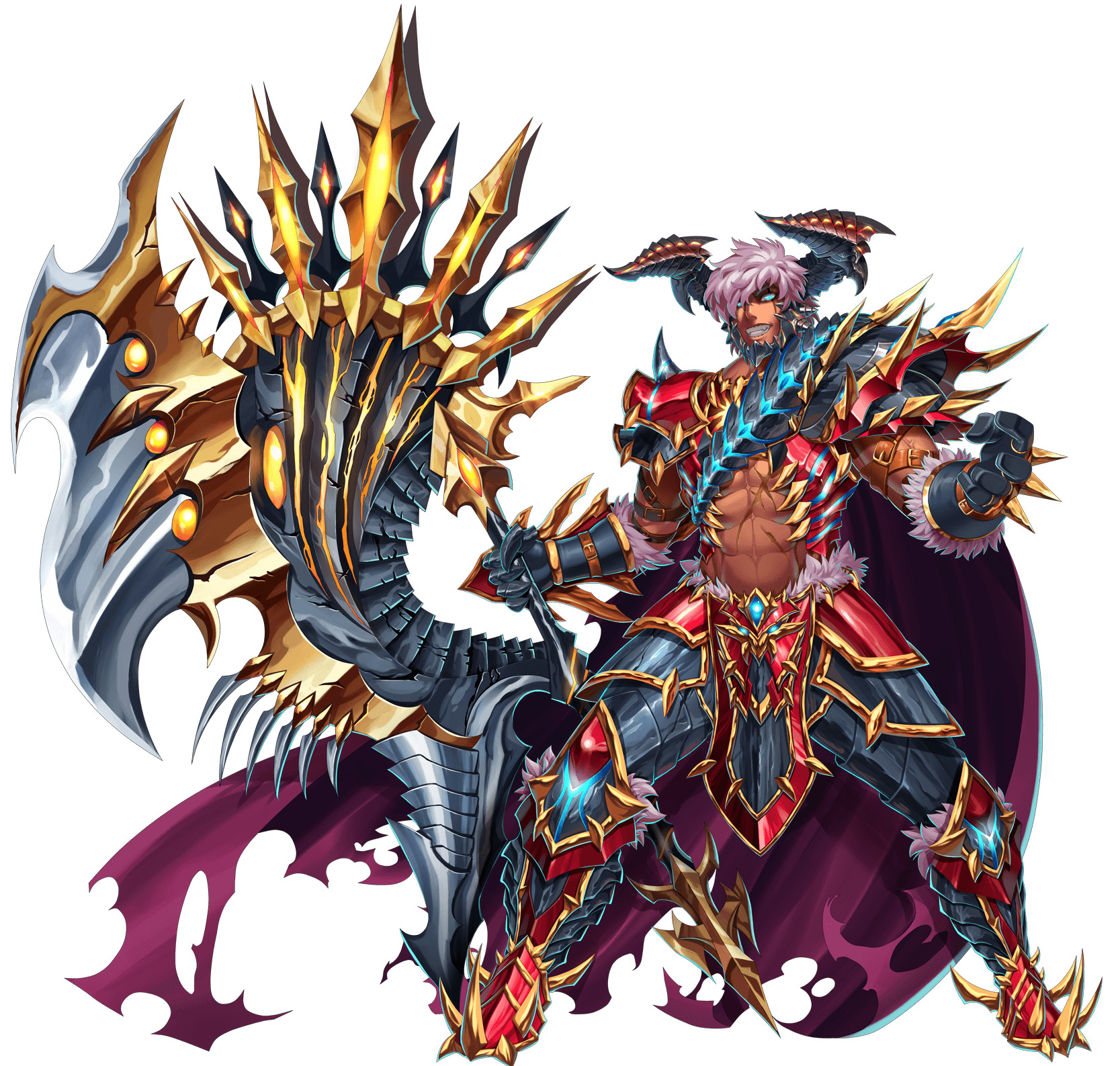 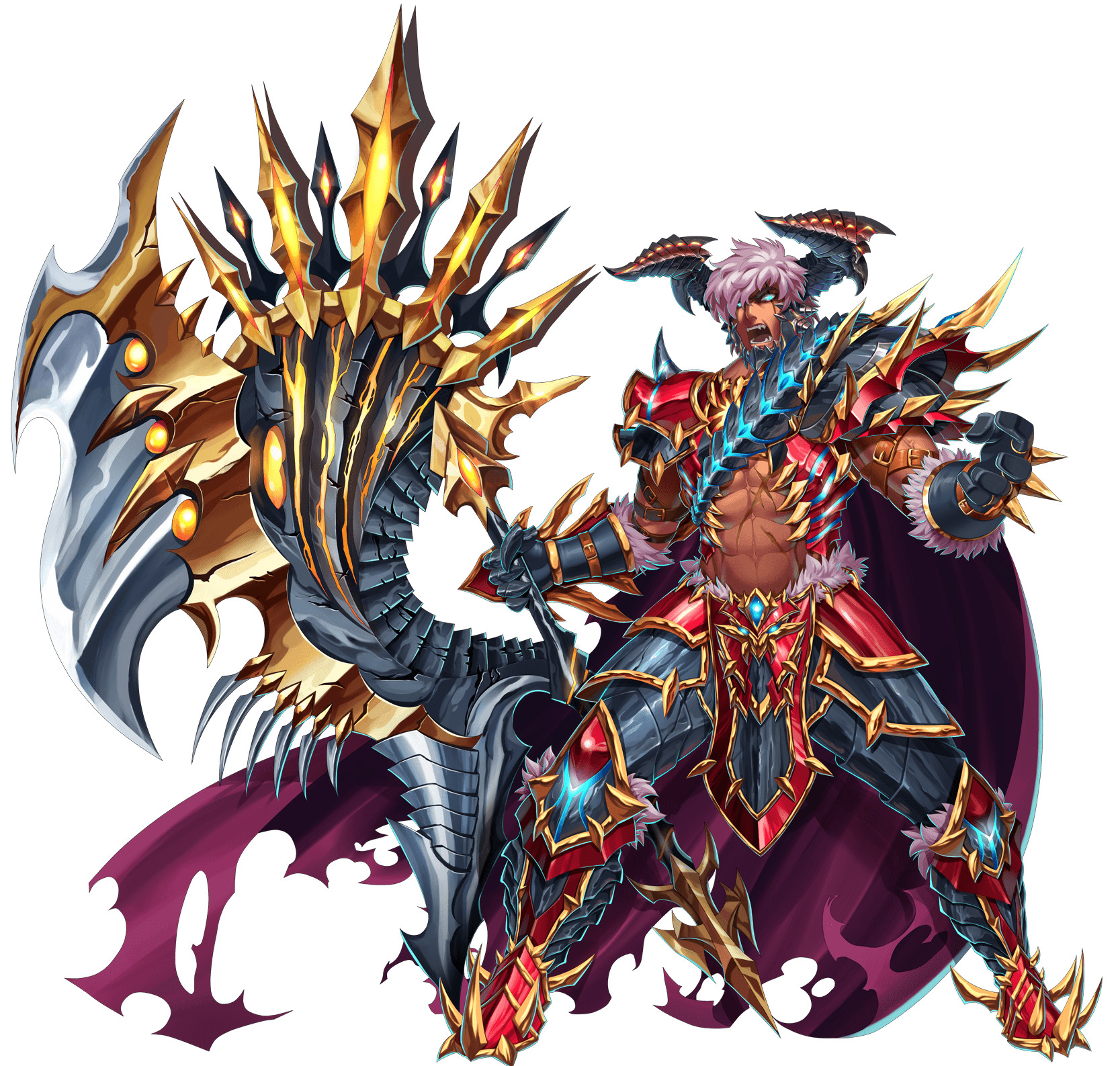 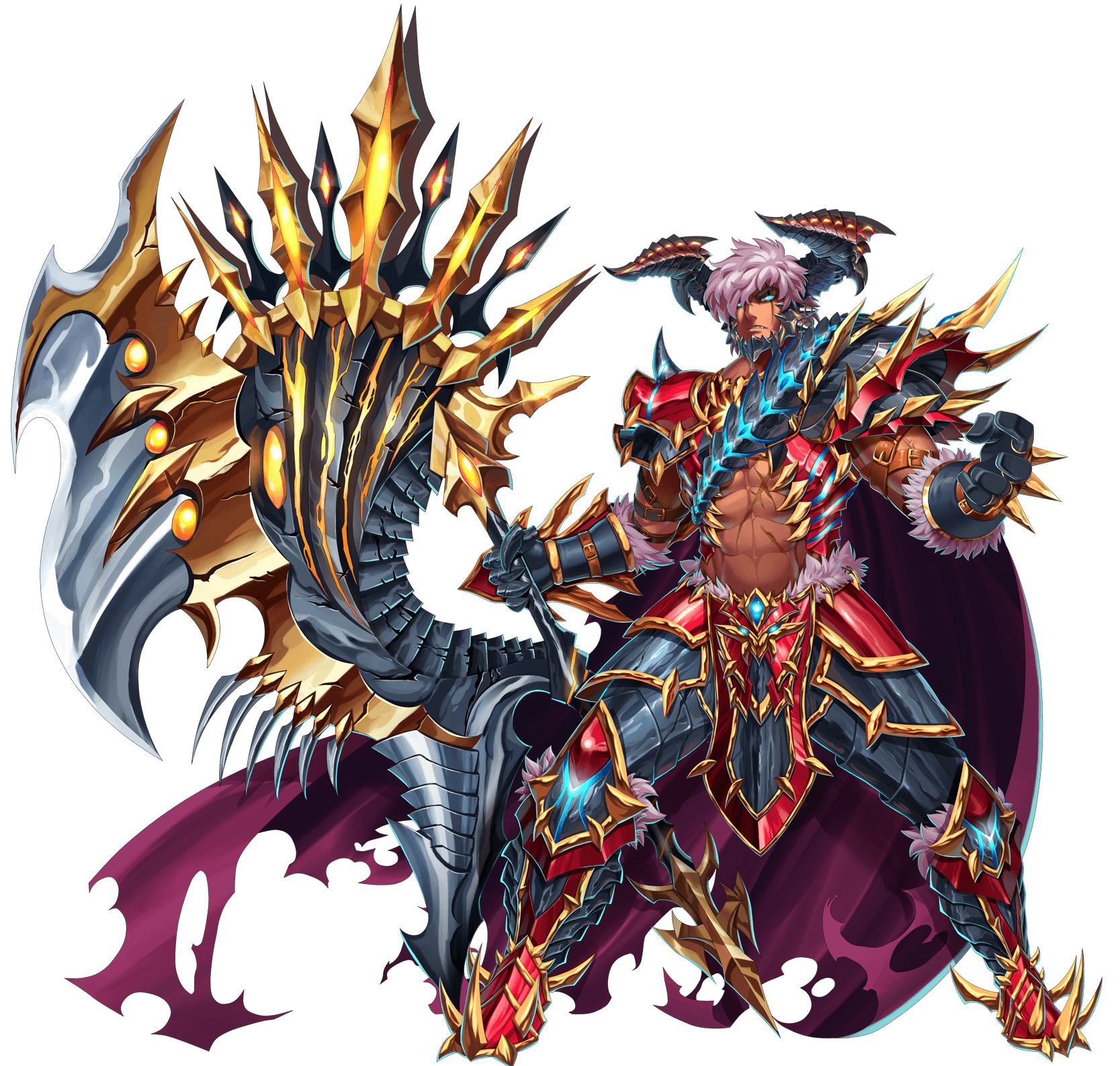 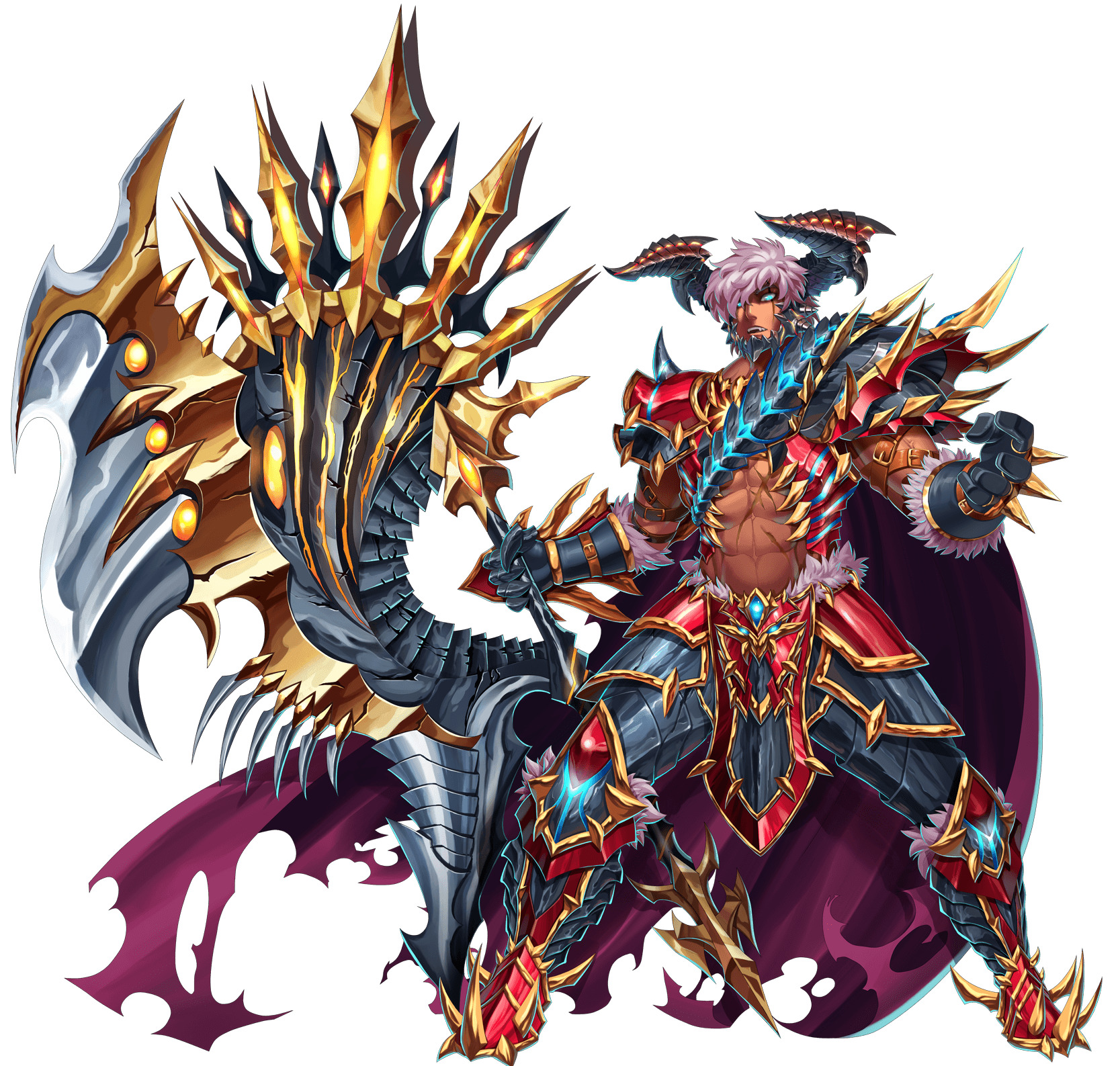 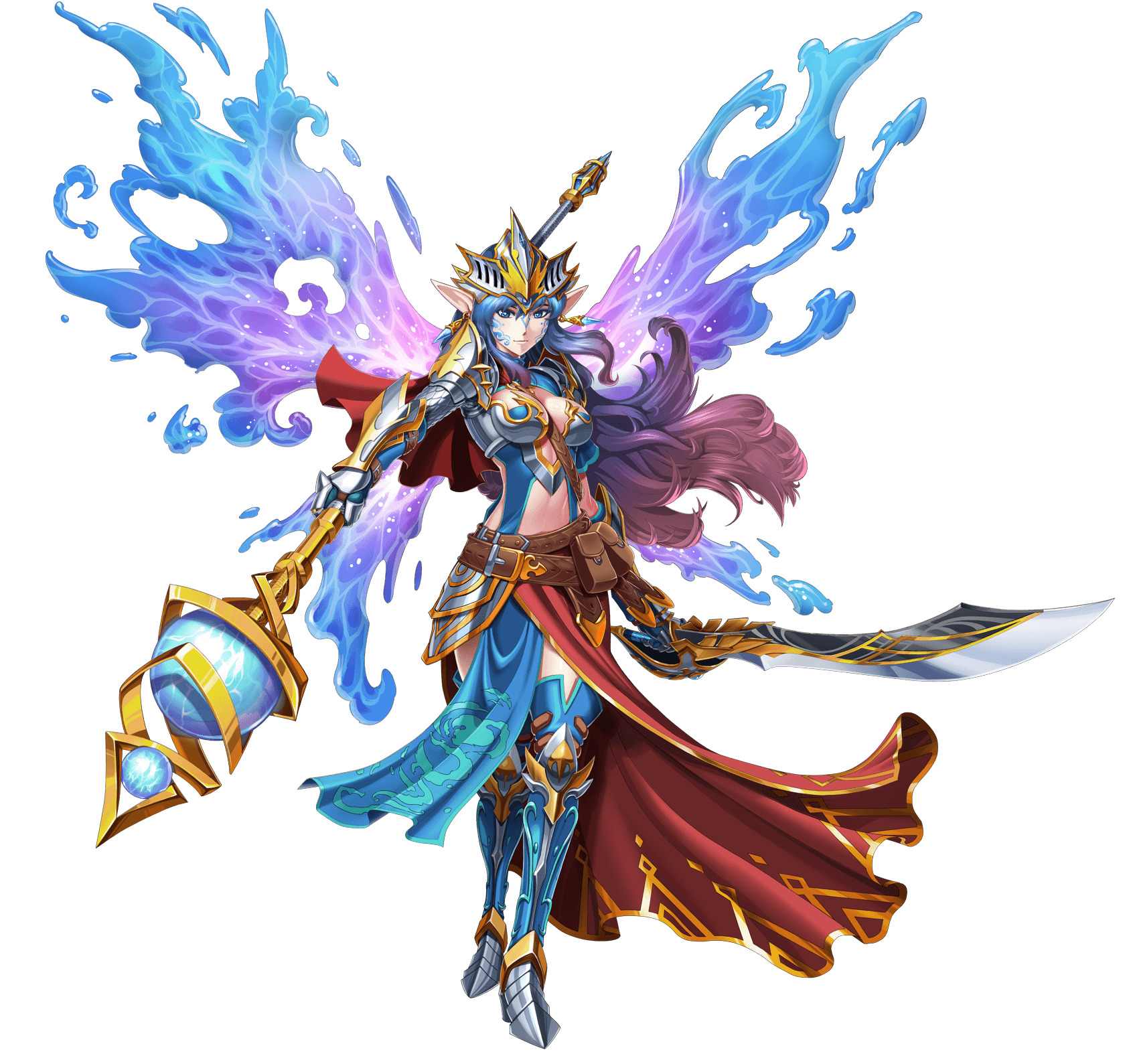 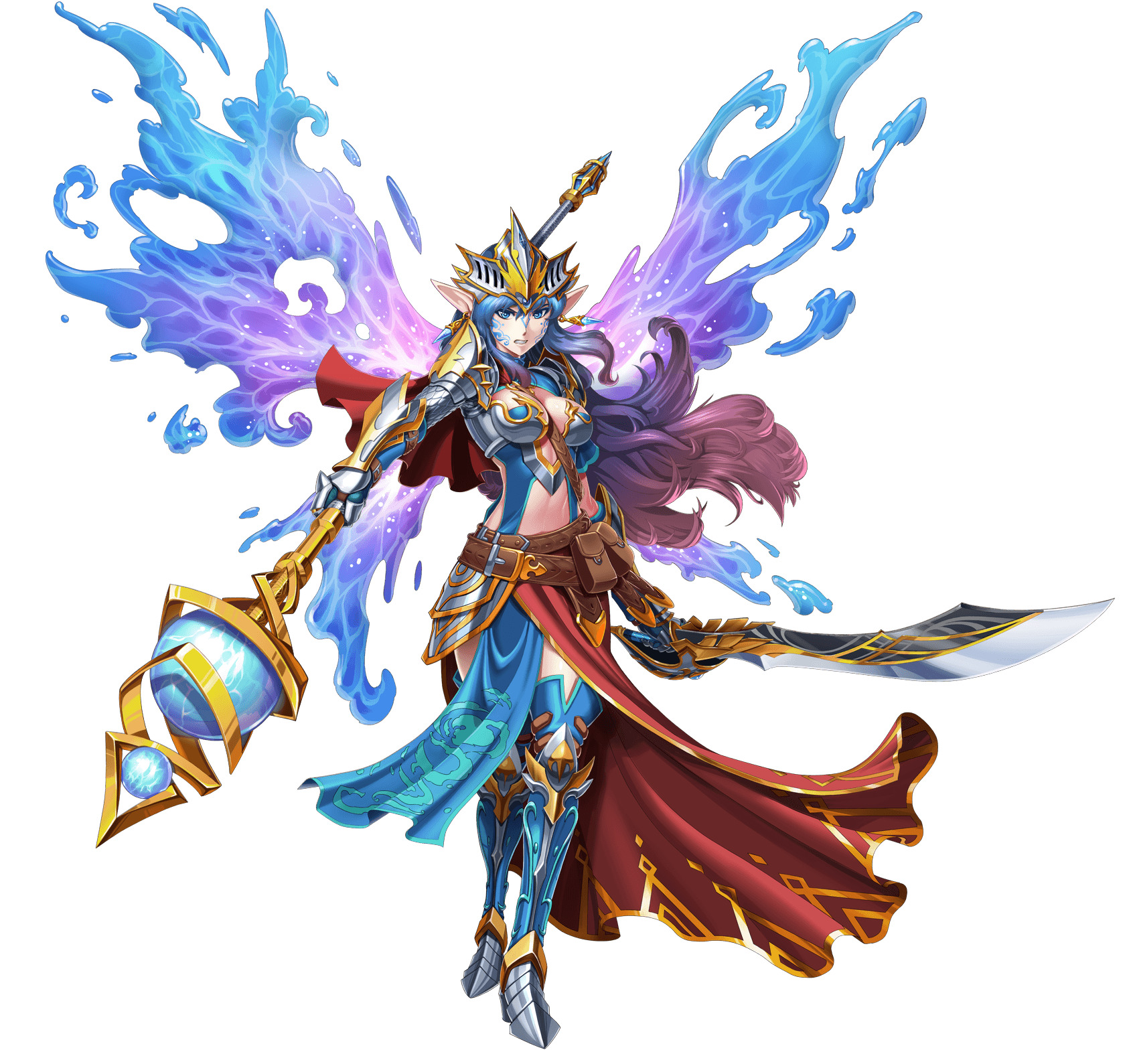 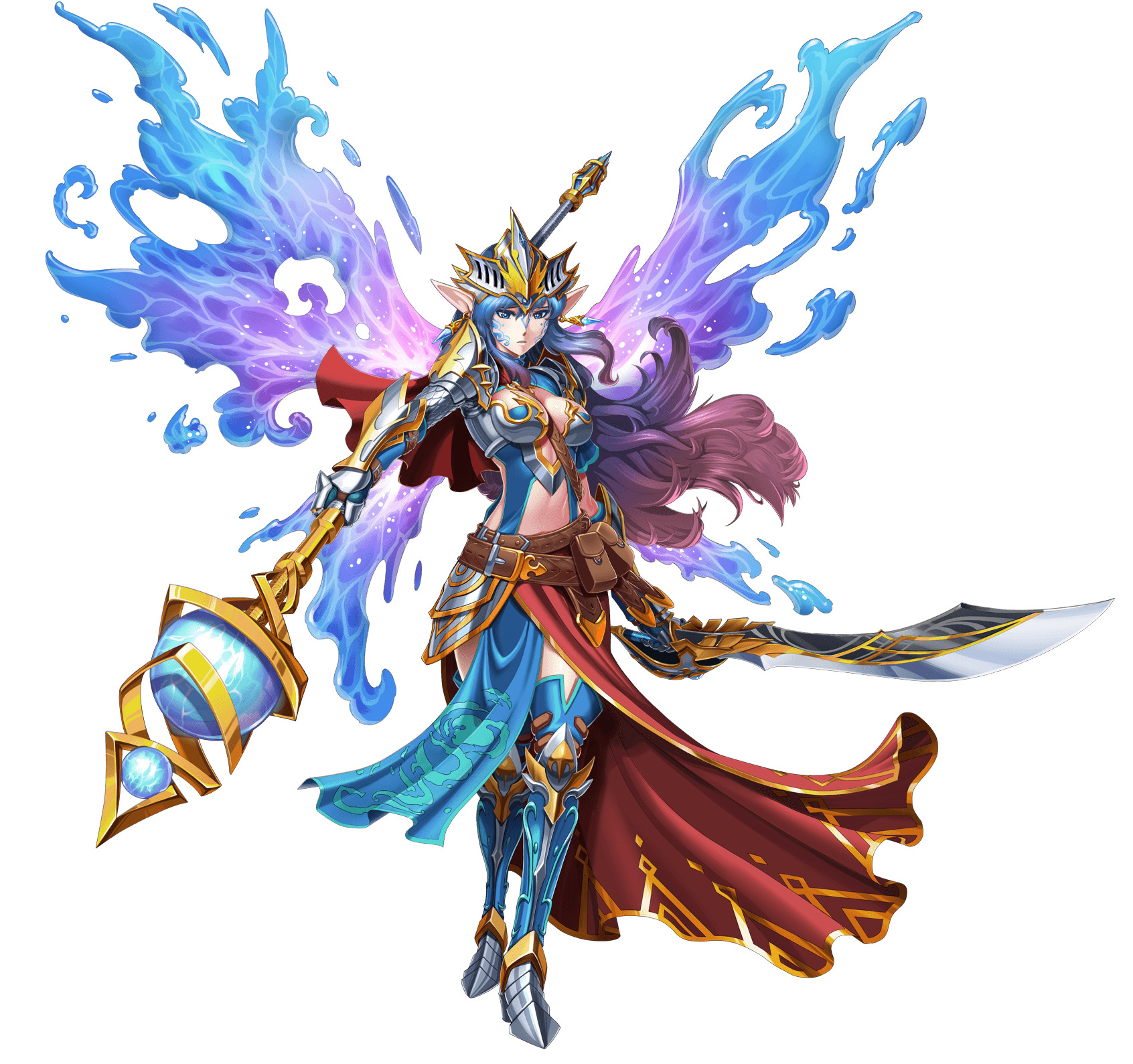 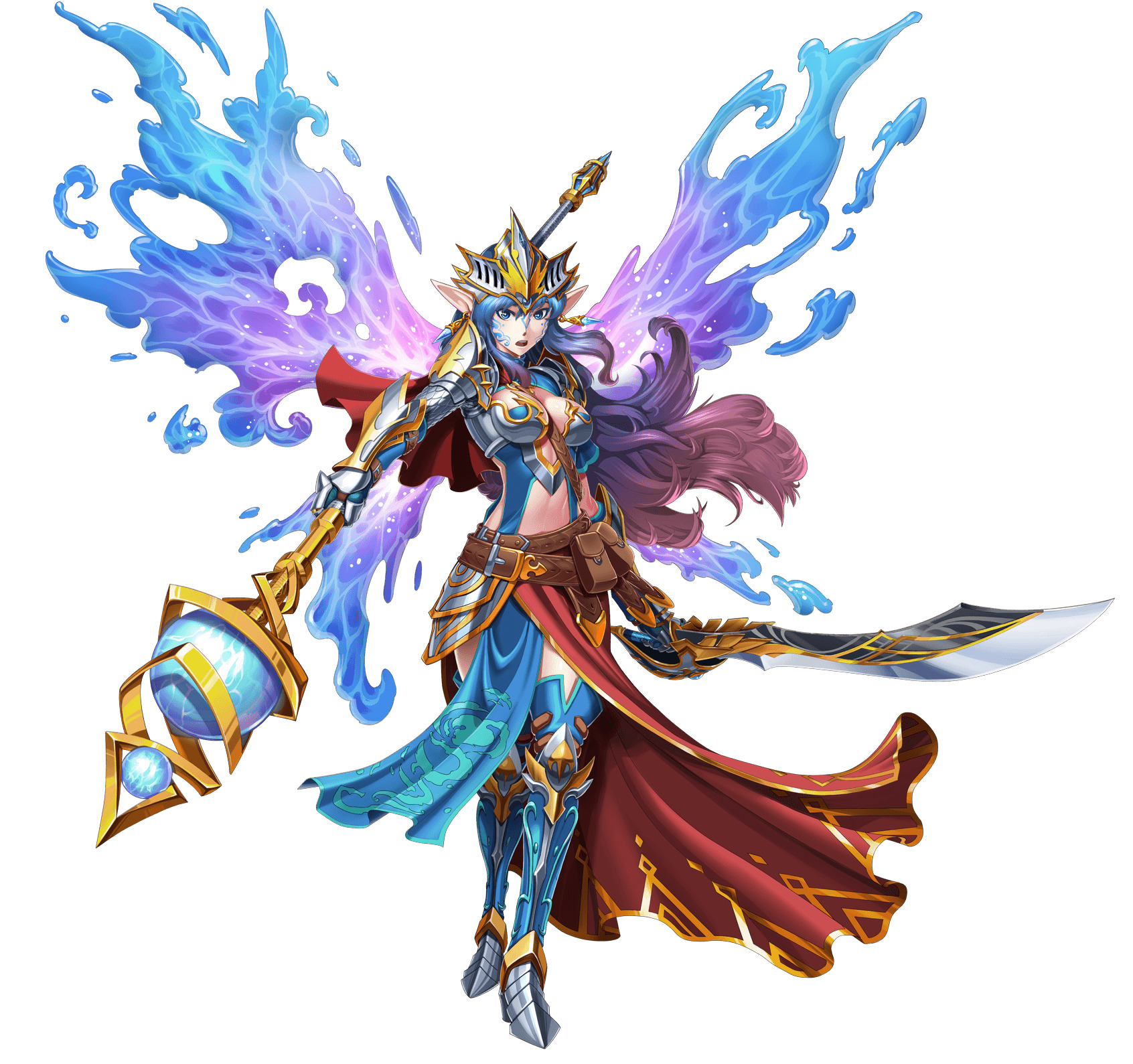 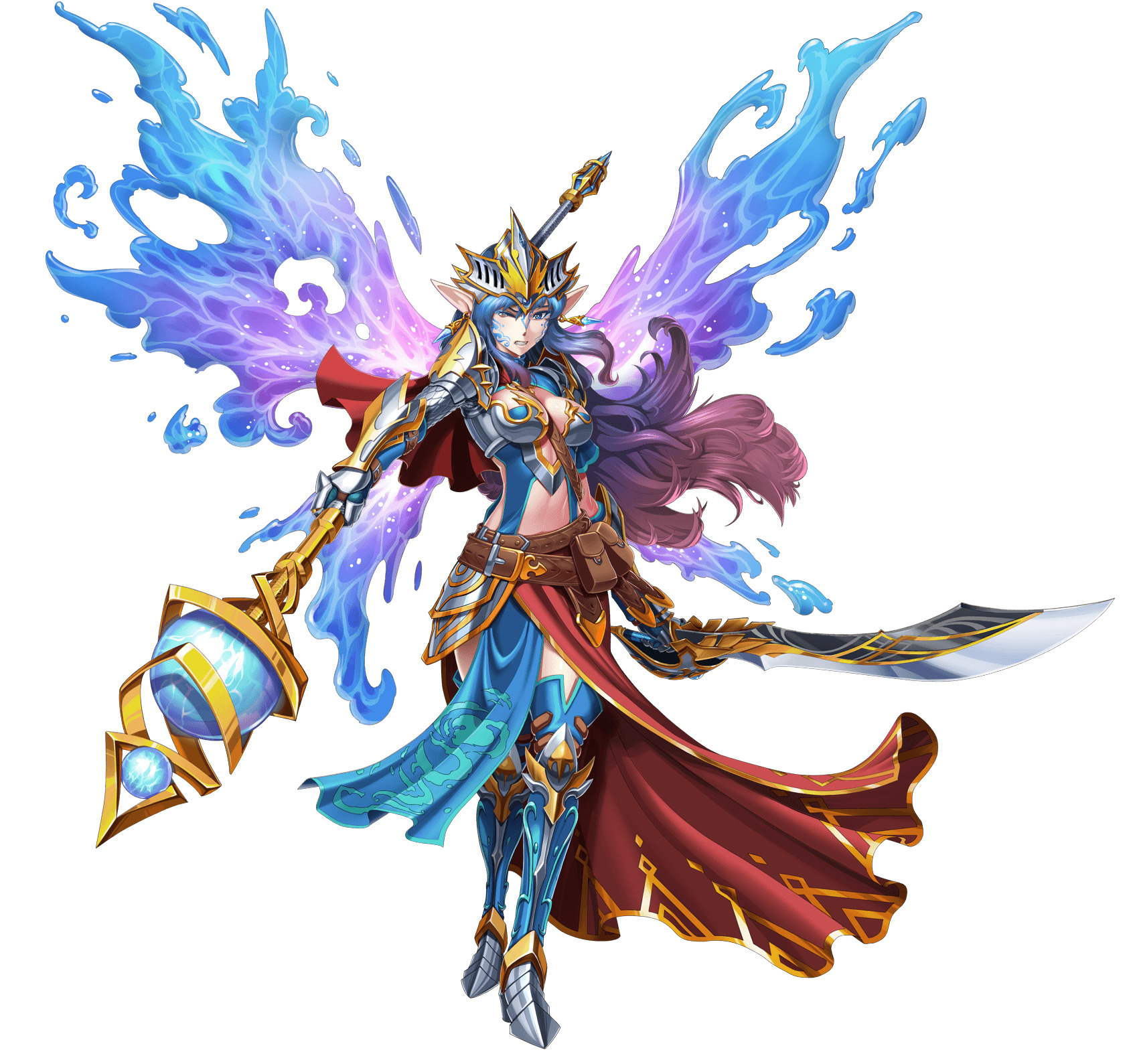 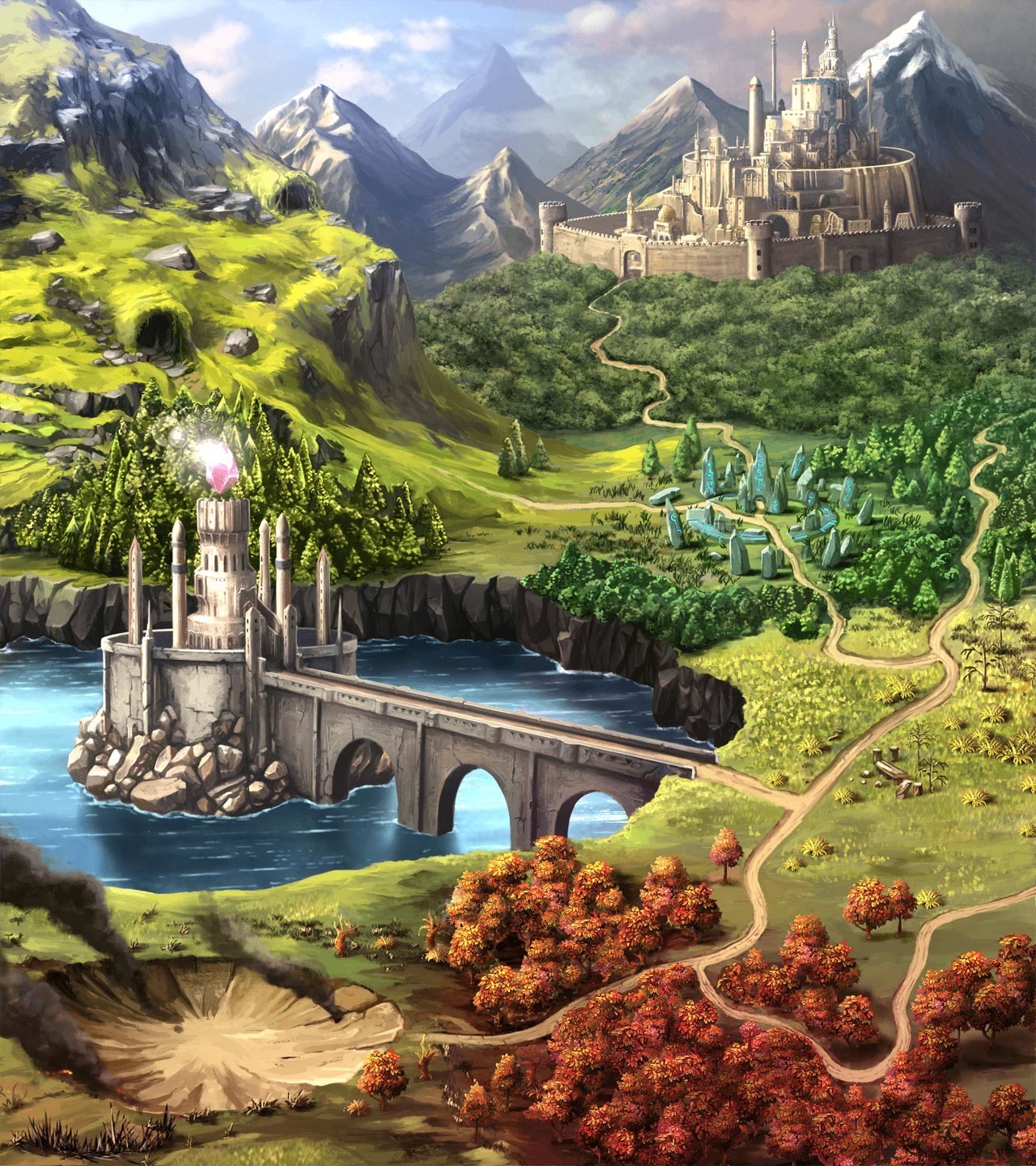 : A few hours before…

Elise: PLAYER_NAME! Sorry to have kept you waiting!

Elise: Your mission application has been approved!

Elise: I hope you have completed your own preparations?

Elise: Oh! Before I forget, there is something very important I must inform you about.

Elise: Ever since Lucius was defeated and Lady Tilith took over as Goddess of the Gate

Elise: complaints have been pouring in from many Summoners.

Elise: According to these complaints, Summoners have been transported to locations that are not of their choosing.

Elise: For example, if you were to travel to Amdahl, you may find yourself transported to Encervis instead.

Elise: Some of the more uncommon complaints tell of transportation to a completely different continent altogether!

Elise: So far, all Summoners proceeding through the gate have been accounted for. That’s good news, isn’t it?

Elise: I’m sure Lady Tilith will get the hang of it soon,

Elise: so we should have nothing to worry about!

Elise: Why do you look so worried? Please have faith in Lady Tilith! She has never let us down!

Elise: I’m sure you will be alright PLAYER_NAME!

Elise: That said, please take care of yourself when you’re out there!

Korzan: Hmm.. You don’t have the horns of a Morokai and you certainly don’t resemble the Deva at all.

Korzan: I wonder… where are you from?

Korzan: That look in your eyes, you truly believe what you’re saying don’t you?

Korzan: What is your name, stranger?

Korzan: You’re a long ways away from home then, PLAYER_NAME.

Korzan: Tell you what, if you help me out with a little errand of mine, I know of someone who might be able to help you get home..

Korzan: Good work on driving that Eidolon away, hopefully the forest will calm down now.

Korzan: I know I promised to help you get back home but there are more important issues to deal with before that can happen.

Korzan: What?! The Lesnik came back?

Korzan: Perhaps it isn’t aware just who the prey is!

Korzan: You must find Haile quickly.

Korzan: Without her staff, she’s just another useless peasant who cannot fend for herself.

Haile: To think the Imperial Scouts had someone this capable…

Haile: I’m just getting started however!

Haile: How are you controlling the Eidolons! Tell me no-

Korzan: That person is not the enemy!

Korzan: You heard me. Take a good look.

Korzan: That stranger’s name is PLAYER_NAME. Claims to have come from another world.

Korzan: It was I who requested for PLAYER_NAME to take care of the Lesnik.

Haile: Well that failed miserably didn’t it? Otherwise the Imperial Scouts wouldn’t have had an opening to attack.

Haile: Are you certain this PLAYER_NAME is not one of them?

Korzan: Listen! I came to bring the both of you back. Those annoying scouts may be preparing for an attack on the keep.

Korzan: Those annoying scouts may be preparing for an attack on the keep

Korzan: And I’d rather be there to keep it intact! Or else Avani’s going to find another reason to nag at me.

Haile: For a strange one with neither horns nor wings, you fight pretty well.

Haile: Korzan, are the Imperial Scouts really intent on finding us?

Korzan: If you haven’t realized it yet missy, you and your fellow brethren have been marked as traitors!

Korzan: Need another reason as to why they would want our heads?

Korzan: The Eidolons have been whipped up into a frenzy by them and that Lesnik.

Korzan: Seeing how weak they are, I believe they plan to use them to attack us instead.

Haile: Speaking of the Lesnik, while I was communing with the Eidolons, I could hear its tormented cry.

Haile: I feel a darkness and it is causing it tremendous pain.. Consuming and prodding it.

Haile: As you say then, we had best return to the keep quickly.

Haile: This time, stay down and don’t ever get back up!

Korzan: Now THAT was a fight!

Korzan: However, if it hadn’t run all over the forest like a coward, its death would have been a lot more…

Haile: If YOU had not wasted our time fooling around with it so much, we would’ve killed it long before that!

Korzan: What!? Well, would you care to remind me who was it that lost her precious little staff in the first place?

Haile: Hey! That was because…

Korzan: Ah! And do refresh my memory regarding who got herself captured by a group of Imperial Scouts!

Korzan: The beast is dead, and you still have your pretty little head.

Korzan: But where are those fools?! They should have been back here three days ago!

Korzan: This lousy keep shall be our home for quite a while.

Korzan: I’ll need to assess the damages done to this wretched place.

Korzan: I’ve had enough of those vermin crawling in!

Haile: He he! My wounded puppy look works every time!

Haile: Korzan always acts tough, but he’s softer than he lets on.

Haile: Though what he says is true. It is frustrating being protected all the time.

Haile: I must grow stronger, for everyone’s sake.

Haile: PLAYER_NAME, I can’t help but feeling that you’re the type of person who is always stuck in some sort of predicament.

Haile: You were thrown into a different world and dragged into a problem which was of no concern to you.

Haile: And yet, had it had been anyone else, they might’ve been dead by now.

Haile: Hmm? Are you not pleased with my compliment?

Haile: You should be honored!

Haile: He he. At ease, Summoner!

Haile: It was only a joke.

Haile: You have my gratitude, PLAYER_NAME.

Haile: I am pretty sure the others would love to meet you as well, especially Ezra!

Haile: But you must be wanting to return home to Elgaia.

Haile: Please, do tell me how I can be of any assistance.

Haile: And spare not the details, I wish to hear it all!

Haile: Really? To have defeated the almighty god who governs the gate across worlds…

Haile: Are you really who you claim to be? Just PLAYER_NAME the Summoner?

Haile: Well, nevertheless, that was quite the fascinating tale!

Haile: Perhaps too fascinating to believe, even…

Haile: But who am I to question your story? You are obviously not from this world of ours.

Haile: Anyway, if what you say is true, I might be able to help you find a way back after all.

Haile: Actually, I sensed a great disturbance in the flow of mana during the time of your arrival.

Haile: It was as if a great power was channeling all the mana within the forest into a single point.

Haile: Remember the shrine in the middle of the lake?

Haile: That is the site where mana gathers thickest.

Haile: While I certainly do not have the same ability your Goddess has, I may be able to guide her towards you.

Haile: I have reason to believe that a source similar to the mana of this world is used in your world too.

Haile: For your sake, I hope that I am correct.

Korzan: Still here PLAYER_NAME? Could it be that Haile was unable to send you back to…wherever it was you came from?

Korzan: Well, things may not be as bad as they seem! You could stay here with me, if you wish. I could use a competent sparring partner!

Haile: Not to worry. I do have a way of sending PLAYER_NAME back to Elgaia…

Haile: …and I’m just about to begin preparations!

Haile: So go mend the walls or something! Make yourself useful!

Haile: PLAYER_NAME, meet me at the shrine when you’re ready to return to your world.

Korzan: I won’t say this twice, so listen carefully.

Korzan: You have my thanks.

Korzan: For saving me a great deal of trouble… and for saving that foolish girl as well.

Korzan: But best be on your way now, eh?

Korzan: And now that you know of our world, why not come back sometime?

Korzan: I’ll be looking forward to a rematch!